Through his career, Alejandro Otero (1921-1990, Venezuela) engaged in a dialogue with each avant-garde movement of the time, including Cubism and Informalism. Beginning in the 1950s, he explored color, line, and the illusion of space through his Coloritmos series, and revisited these themes in his Tablones series during the 1970s and 1980s. In tandem with the mature phase of his two-dimensional work, Otero began to work on large-scale sculpture in the 1960s, a pursuit he would follow for the rest of his life.

In 1971, Otero received a fellowship from the John Simon Guggenheim Memorial Foundation to spend two years as a visiting artist at Massachusetts Institute of Technology (M.I.T.). According to the Otero Pardo Foundation, "For two years he developed his research on civic-scale sculpture while at the Center for Advanced Visual Studies, exploring the behavior of sculptures against the natural elements including wind, light and other climatic variables. Among the projects created during this time are the “nautical” sculptures Fuego Lunar (Lunar Fire), Colmena Lunar (Moon Hive), and Senderos de Tempestad (Storm Trails) for the Charles River in Boston."

During and after this fellowship, Otero produced outdoor public sculptures across Latin America, the United States, and Europe. Among his most notable projects are Delta Solar (Solar Delta), 1977, at the Smithsonian National Air and Space Museum in Washington, D.C., Abra Solar, 1982, at the Plaza Venezuela in Caracas, and Torre Solar (Solar Tower), 1986, at the Raúl Leoni Hydroelectric Power Plant in Guri, Venezuela. These drawings and sketches demonstrate Otero's intense exploration, during the late 1960s through the 1970s, at the intersection of art, design, engineering, and the built environment. His sculptures are at once imaginative and integrated into their environments, whether in the middle of a city plaza or harnessing the power of the wind and other natural elements.

"Some of these drawings served as blueprints for...works, while others did not be come physical sculptures, but are nevertheless valuable records in themselves, since they constitute projects and paper-based artworks that are fragile in the material sense, but strong in terms of aesthetic quality and potential for meaning."

"Each trajectory is like a dart: it reaches as far as its impulse is bound to take it." 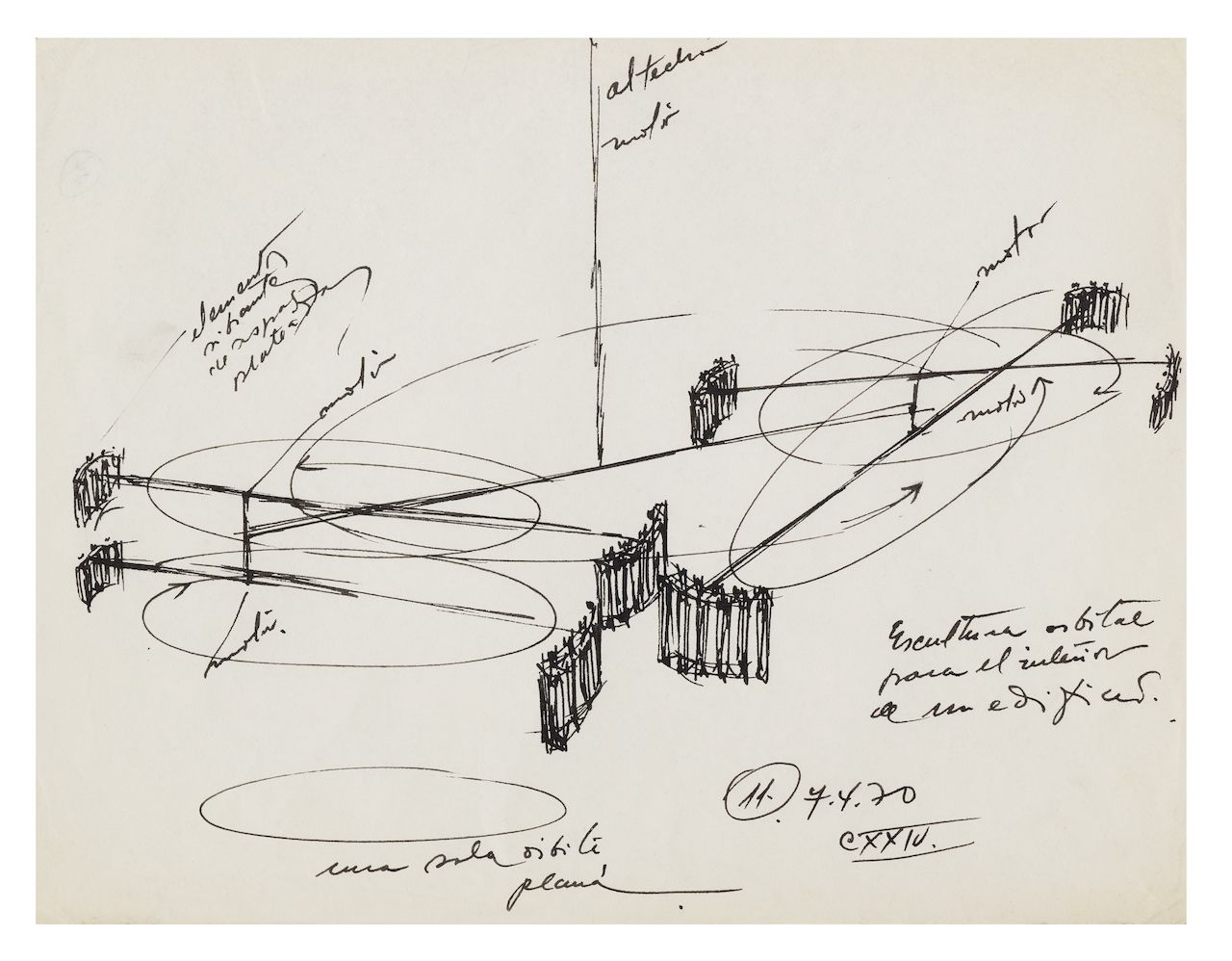